Rockstar Energy OTSFF Yamaha’s Phil Nicoletti claimed a third-place podium finish in the 450 Pro main this past Saturday night at Round 3 of the Rockstar Energy Triple Crown AX Tour in Sarnia, ON. His teammate Shawn Maffenbeier ended the night at Sarnia’s Progressive Auto Center with a sixth-place finish.

In the sole afternoon qualifier, Maffenbeier recorded fourth while Nicoletti registered fifth.Although they again didn’t shake out the fastest qualifying times, when it came to the actual racing, they put their YZ450Fs through the paces, looking plenty fast in their heats and the main event.

Maffenbeier gated for the first heat in which he got a third-place start. He got pushed high in the second corner by another rider, costing him two spots that dropped him back to fifth. Not happy with this development “Maff” put his head down and sliced and diced his way into second place by the time the checkered flag was waved, which got him into the Clash for Cash race.

Nicolleti got off to a second place start in Heat 2, but was unable to negotiate the first double in the rhythm section, which put him into third place. Although he pushed hard to reclaim second, Nicoletti was unable to clear the task and finished third. For the first time this season he was unable to advance to the Clash.

Maffenbeier, meanwhile, got a good start in the Clash from the outside gate. He rode hard and aggressively, pulling off a fifth place at the checkered flag. He collected 1 Clash point in what proved to be a chaotic race, with riders flipping tough blocks all over the track.

The start of the main event saw Nicoletti commanding third place going into turn 1, to then execute a push into second place as the throng whipped through the first rhythm section. Over the next few laps Nicoletti worked on newcomer to the tour, Dakota Alix, who was in the lead. With Cole Thompson hot on his rear wheel, Nicoletti was pushing hard to displace Alix from first and put some distance on the chase group. A lapped rider, however, crashed in front of Nicoletti, which opened the door for Thompson to take over second place. Fortunately, Nicoletti was able to regroup in third place. Despite trying everything he could to get back into the mix with Thompson and Alix and go for the win, he would have to settle forthird at the finish line.

Maffenbeier got a fifth place start in the main and battled with Cade Clason for most of the race, just losing touch with the front pack but running a solid pace. A small error, however, would cost “Maff” fifth place, which saw him take the checkers in sixth when all was said and done.

“Tonight was a tough night for the crew. Things were looking good going into the main. Shawn had an awesome ride in the Clash and Phil was feeling in his element, coming off a win at Round 2. Unfortunately, the main wasn’t so kind,” team manager Steve Simms said. “Both Phil and Shawn had their problems and it just wasn’t in the cards for them to muster a shot at the win. Considering everything, we still came out of Sarnia with OK results and precious points for the series. And despite the results, which didn’t reflect their level of racing, Shawn is making great improvements each week and Phil is riding great.” 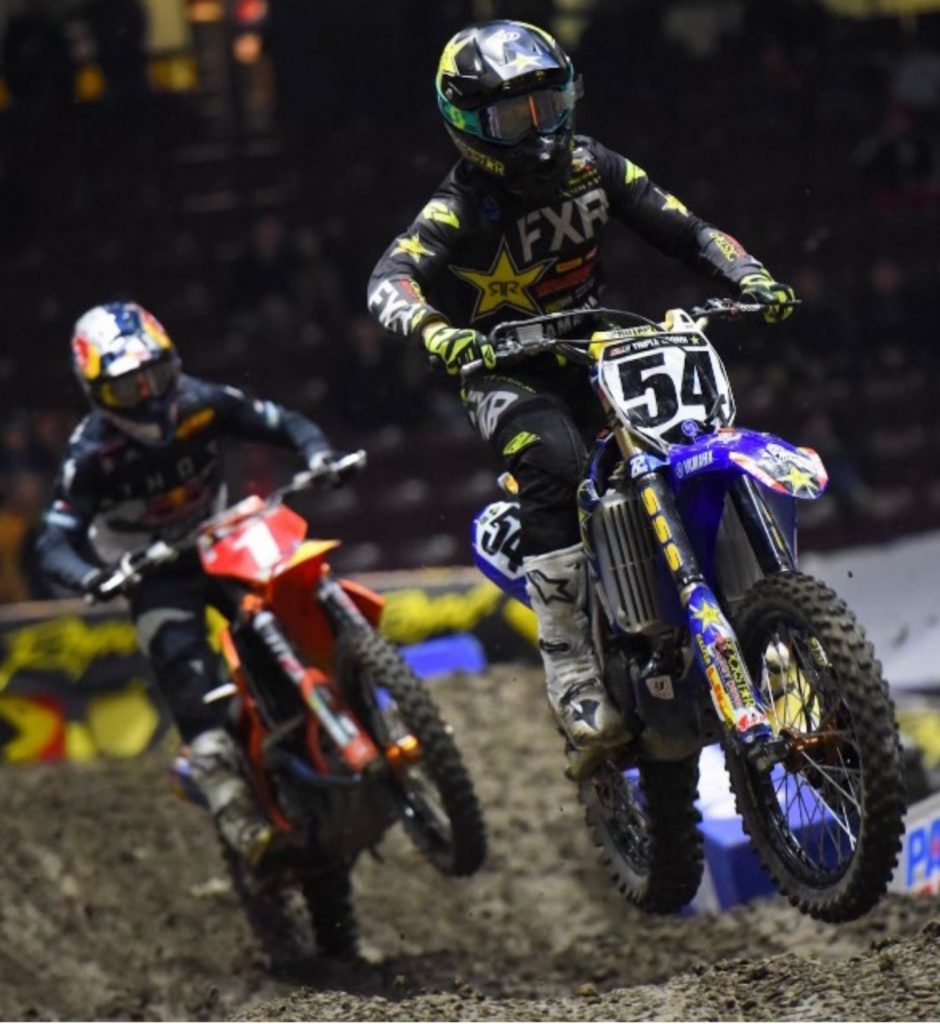 (Not available at press time.)

Points After 3 of 4 Rounds

The Rockstar Triple Crown AX Tour continues for Round 4 on Saturday, May 4th at the Molson Centre in Barrie, ON.

About Rockstar: Rockstar Energy Drink is designed for those who lead active lifestyles – from Athletes to Rockstars. Available in over 20 flavours at convenience and grocery outlets in over 30 countries, Rockstar supports the Rockstar lifestyle across the globe through Action Sports, Motor Sports, and Live Music.