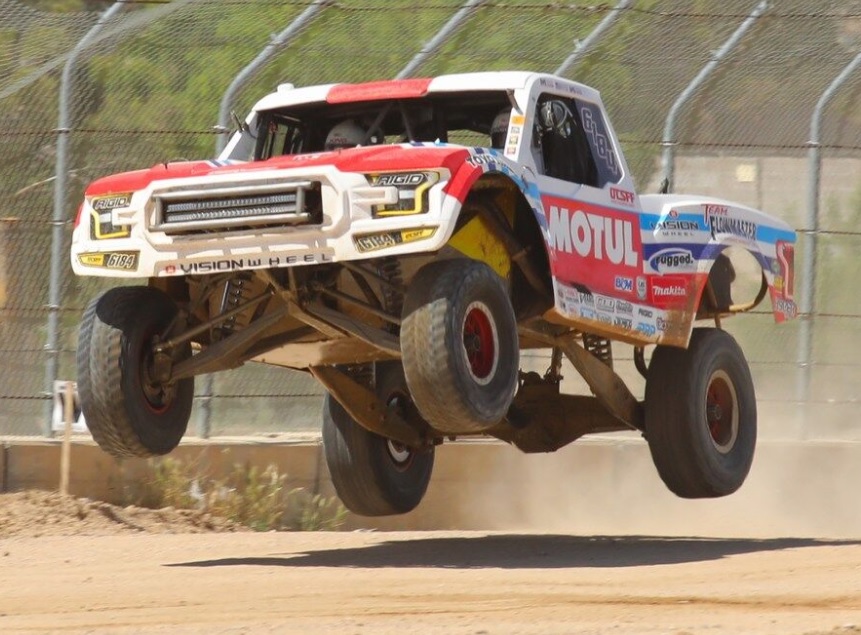 The Silver State 300 in Las Vegas, NV morphed into another top- 10 finish for Team OTSFF/MOTUL on Sunday, May 5th, with driver Andre Laurin and navigator Kerry King taking the team’s Spec Trophy Truck to a noteworthy eighth place finish in the 6100 Class and 28th overall out of a total of more than 100 various entries, many of which didn’t reach the finish line. 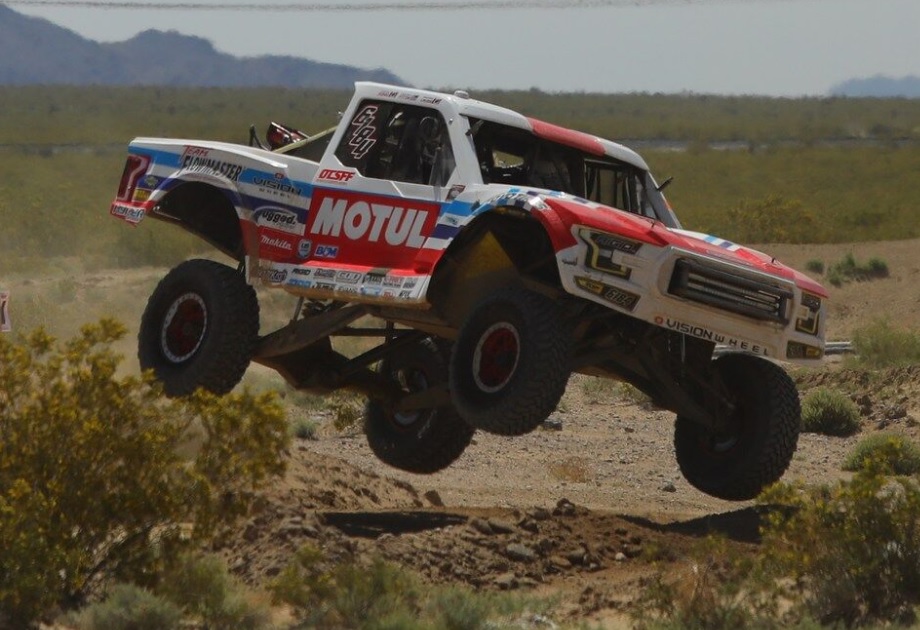 For the Silver State 300, Laurin and King were supplied with new Bell Helmets, featuring side and top air mounts, which helped to keep cool heads inside the truck’s cab, where temperatures were in excess of 100°F.

Early on in the event the OTSFF/MOTUL truck led the throng for a while, to then spend the majority of the race in third place. It was basically an uneventful day for Laurin and King, other than striking a rock while gaining on another driver whose swirling dust trail meant poor visibility. Laurin pulled over so King could assess any damage to the truck. Fortunately, the only thing they had to deal with was a dent to the inside of a front rim – the tires held fast. In combination with the Toyo tires, the Vision Wheel rims handled the rock impact with perfection. Although the rim was rubbing on the inside of the rotor, it didn’t interfere with the performance of the truck. 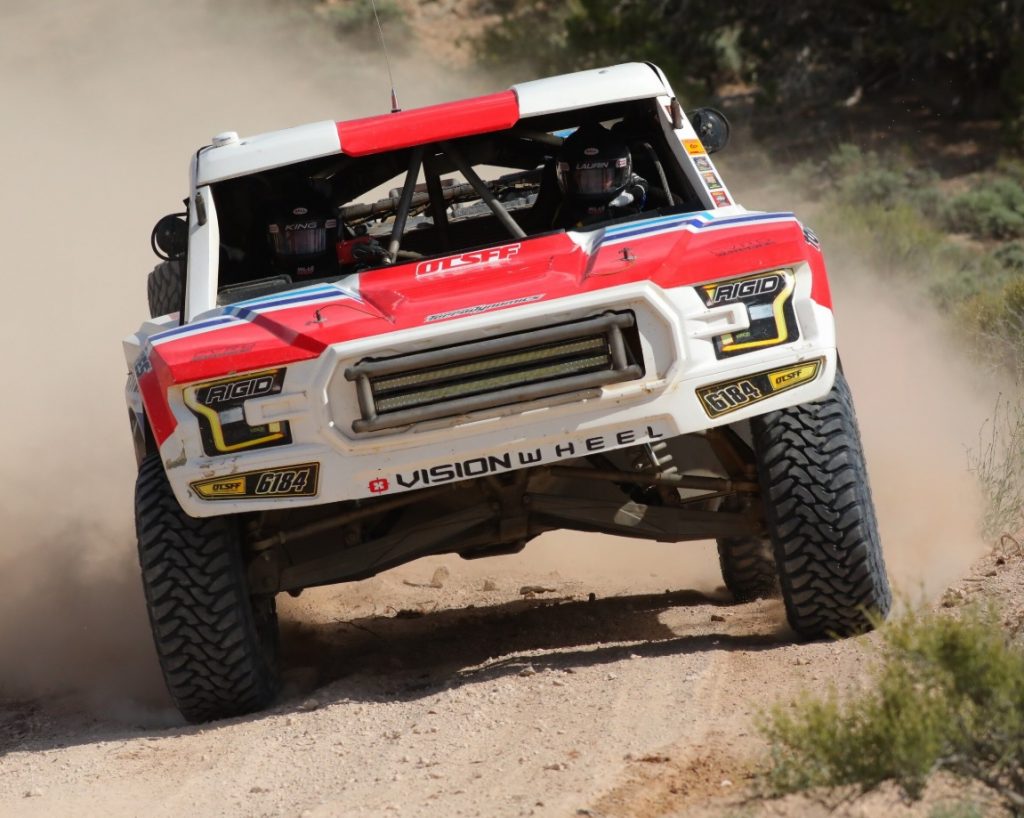 “I could feel something was up. That’s why I stopped so Kerry could have a quick look. Luckily our Toyo tires stayed together incredibly well. They were super impressive throughout the day and we just kept pushing the envelope. If you can do three hundred plus miles in that terrain and come out of it without a flat you know you have amazing tires.” Laurin said. “Everything went well mechanically also. There were no issues, thanks to the quality after-market equipment we’re running and Adam Fitza’s technical wizardry. The US Gear’s gear ratios in the rear end, which Adam prepped, were just unbelievable. A tip of the hat goes to all our
invaluable sponsors.”

In addition to losing some time due to dust issues, Laurin found himself riding the brakes more than he wanted to through a treed section in the mountains. The track at this point was very narrow, with trees hugging it on both sides. There was very little room to accommodate the big trucks. 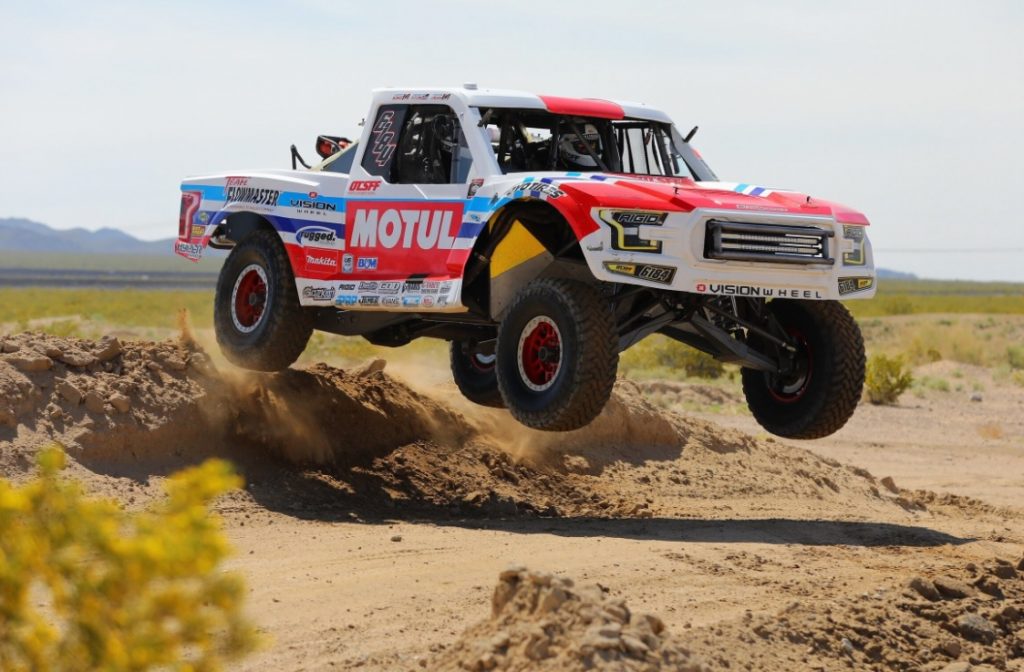 “It’s hard to see over the hood of our Spec Truck the way we’re set up, sitting tall for attacking massive holes and bumps. That worked against us in the tight sections with the trees, because I really couldn’t focus over the fenders properly and I felt I was on the brakes more than I needed to be. So that saw us drop back a bit and lose some positions. Then again, in other areas our setup worked for us extremely well and we would gain time. At the end of the day we’re always glad just to reach the finish line. If you do it in the top-10 of your class it’s bonus” Laurin noted. 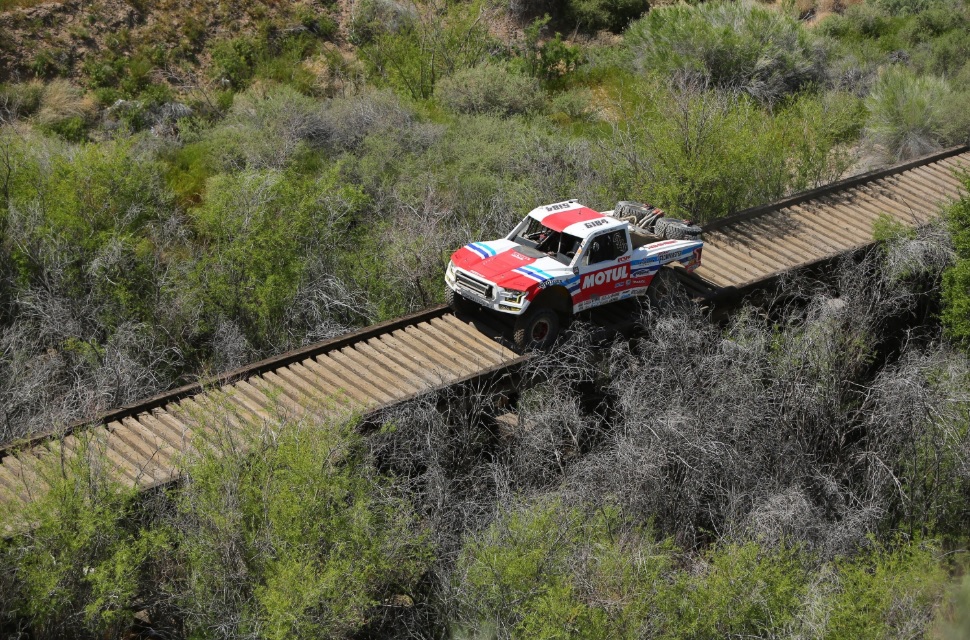 “Silver State was awesome. We have found a formula that works between myself, the truck, and Andre behind the wheel. It works! I feel we are making a statement within the off-road racing community and we will continue to push for a win. On to Vegas to Reno, where we finished pretty strong last year. Really looking forward to this year’s race as we already have a solid race strategy in the works,” team manager/builder/back-up driver Adam Fitza said.

While in Vegas, Team OTSFF/MOTUL stopped off at the Holley LS Fest, where they had been invited by Bryan Grigsby, Off Road Sales Manager, Holley Performance Products. Grigsby overlooks the team’s Flowmaster Exhaust and B&M Transmissions sponsorship and saw the LS Fest as an ideal platform to put the 6100 Truck on display in order to promote the team, Flowmaster and B&M, as well as the Silver State 300.
Holley LS Fest (May 3-5), held at Las Vegas Motor Speedway, is a celebration of everything and anything powered by the incredible GM LS engine. Considering the OTSFF/MOTUL truck has a GM LS powerplant under the hood, everyone involved agreed it was a perfect LS Fest fit, drawing many curious onlookers.
Team OTSFF/MOTUL would like to thank all the individuals and contributing sponsors for their invaluable support to help make our participation in the Silver State 300 possible. You guys are awesome!
The OTSFF/MOTUL 6100 Spec Trophy Truck will next take part in The Best In The Desert Racing Association’s 23rd running of “Vegas to Reno” – the Longest Off-Road Race in the United States – on August 16-17. We hope to see you there! 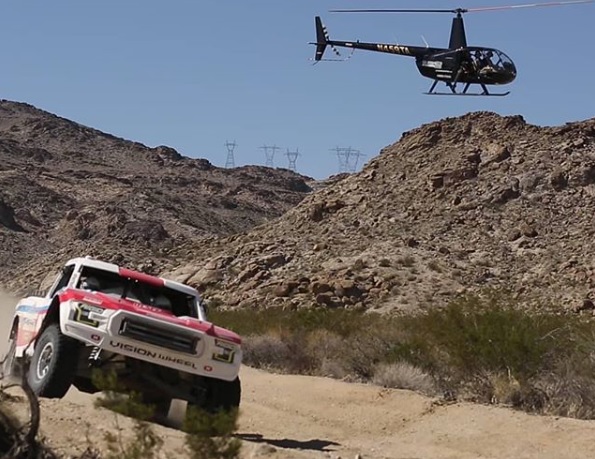